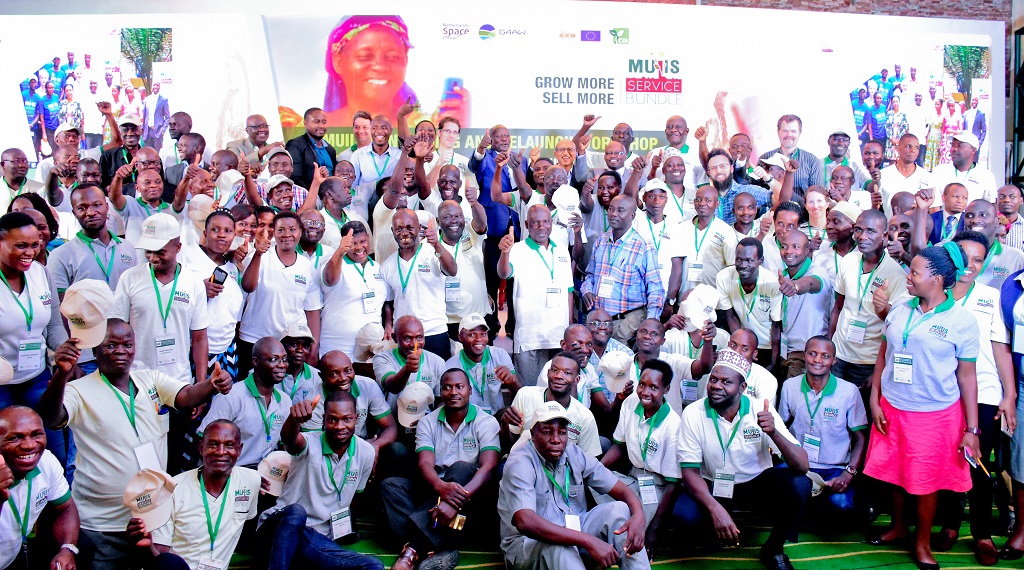 Implementation in Uganda in the year 2015 and it will end in 2018.  A consortium arket led user owned ICT4AG information service Project (MUIIS) started its

project in nature (MUIIS) is being implemented by a number of partners being led by CTA Uganda. These include Alliance for a Green Revolution in Africa (AGRA), aWhere, East African Farmers’ Federation (EAFF), EARS Earth Environment Monitoring (EARS), the eLEAF Competence Centre and Mercy Corps Uganda. The project focuses on working with recognized Apex body institutions which include Uganda Cooperative Alliance whose role on the project is to monitor the ACEs / MSAs to ensure profiling of 350,000 farmers is achieved before end of 2018.

MUIIS project focuses on three elements in agriculture these include:-Weather information, Agronomic Information, and access to financial services, which are drivers towards increased productivity for small holder farmers. The project is based on a demand-driven, market-led, and user owned extension and advisory service, using satellite based information services for: weather forecasting and alerts, crop management, agronomic tips and financial services – including index-based insurance to crop farmers in Uganda. While the partners within the consortium drive the project from the start, the farmers Organisations (UCA& UNFFE) are expected to own the project and provide services to their members.

The project aims to reach at least 350,000 farmers growing maize, soya bean and sesame in the regions of Central, Eastern, Northern, and Western Uganda through profiling. To reach the above number, the Uganda National Farmers Federation and the Uganda Cooperative Alliance will work through their membership organizations DFAs (District Farmers Associations) and ACEs (Area Cooperative Enterprises) to identify a focal point for MUIIS to help in profiling the farmers. These focal persons in this project are referred to as the MSAs (MUIIS Service Agents).

During M&E in Ogur production cooperative in Lira .

During M&E in mayuge  eastern region