Uganda Cooperative Alliance Ltd (UCA) is an umbrella body of Cooperatives in Uganda, established in 1961 to serve as a voice of the Cooperative Movement at both national and international level, with the mandate to recommend to government on matters of policy relating to cooperatives, arbitration (settlement of disputes), advocate and represent cooperative interests, capacity building, business skills development and resources mobilization for the Cooperative Movement. UCA membership includes cooperatives of different forms covering the entire country with majority of the members engaged in the agricultural value chains. Through her lobby and advocacy strategies, UCA is focusing on the establishment of a strong and viable financial institution that will provide affordable financing to Cooperatives and their Businesses. This financial institution will serve as a Cooperative Bank.

Through lobby and advocacy therefore, Uganda Cooperative Alliance Ltd. on 28th June 2016, led a team of cooperators who petitioned the Speaker of Parliament on a ten-point. Among the issues raised were the same issues that have been addressed by the Parliament including:-

• Asking the Government to allocate shs20b in the next budget of the 2018/2019 financial year for the revival of co-operatives. The proposal is contained in the budget committee report on the 2018/2019 budget frame work paper which Parliament recently passed. The MPs believe reviving Co-operatives will greatly help in promoting commercial agriculture and improve the economic welfare of majority of Ugandans who depend on Agriculture.

• Acknowledging the importance of Cooperatives and their revival as one of the Key components in the National Development Plan for the realization of the Plan’s objectives.

• Suggesting to Government to expedite the process of reviving the Uganda Co-operative Bank to create a solid foundation for co-operatives.

• The legislators also believe that it is necessary for the Government to intervene and clear the old debts which cooperatives have.

• The Committee noted with concern that over the years, Parliament has recommended for provision of funds to clear war losses to cooperative societies. Most co-operatives are losing property due to debts. The Government has only provided 2.1b out of the requested funding of sh45b. The Committee recommends that Government should provide the 45b to clear the debts owed to the cooperative unions so that they can save their assets.

• Commenting on the proposal to revive co-operatives, the Leader of Opposition Hon. Winfred Kizza said it would be a good undertaking to revive the Co-operatives because they greatly help the citizens to engage in commercial farming.

• “That is why we pushed for the removal of taxes on Savings and Credit Cooperatives (SACCOS) because they are the ones occupying the vacuum that was created after co-operatives had been killed” Hon. Winfred Kizza said.

Uganda Cooperative Alliance Ltd. therefore, appreciates Parliament for having worked on some of the issues raised in the petition as listed above. 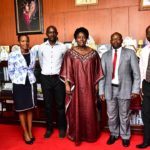 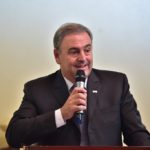 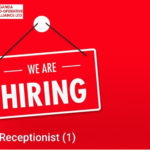 We are Hiring!
2 Comments 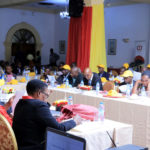